Work-Life Balance, the Protestant Work Ethic, and Cross-Cultural Expressions of Worth 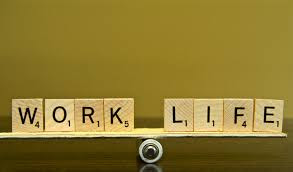 The United States and the United Kingdom are not the same place. Over the past 19 months, the differences have become apparent in some hilarious ways. For example, football means something dramatically different in Aberdeen than in Houston (and I use dramatically because both sports incite equal amounts of drama).

I am fortunate in that I share a graduate student office with non-Americans. My department is overwhelmingly American and at times it can feel as though we aren't living in a foreign country, and to a larger extent a foreign culture. The realization of how vast these differences are appeared in an unusual manner this afternoon- the rights of postgraduate students to take personal time, or annual leave as its known here.

The discussion emerged in response to a lovely blog by a postgraduate student elsewhere in the United Kingdom. At her university, the school requires their students to take annual leave, up to six weeks a year in that case. It seems that she isn't an isolated case as my officemate asked colleagues at other universities about policies. Dumbfounded that postgraduates were allotted annual leave, we began searching the university website and conferring with other people in the department about an allocation of leave. The College of Life and Medical Science very helpfully has that question answered- in their school postgraduates are allowed 4-8 weeks of annual leave. When she asked a fellow student, we learned that she had been told that we get 6 weeks of annual leave.

To my Scottish friends, this was welcome information but not incredibly paradigm shattering.
But I was flabbergasted, and we determined that this, in some part, is due to the different nature of US and UK programs.


When I began doctoral work, the resounding advice I received from fellow PhD students was to expect that if I was not in the office working, at least 80 hours a week (edit: 80 hours does seem to be the upper end and reflective of science based projects, but doing some research online it seems as though 50-60 hours, or at least over 40, is fairly consistent and normal for doctoral students), I was failing as a PhD student. There is no work-life balance. I was even warned that my marriage would suffer as a result of this program. I was advised that my life = my project and all of my time away from that project would be a waste of time. To some degree this was confirmed at AAR this year. This mentality has left me half-way through the program exhausted and feeling guilt about the time I'm not working. On a recent trip to Turkey I was lovingly teased because no matter what we were doing, if there was a minute of downtime (read: not actively walking), I was doing work. I printed out 14 articles specifically for those 3 days because I felt shame that there would be some time that wasn't spent in the office, and in my own head I reasoned that my supervisors would be disappointed that I was taking any time away, regardless if that was true or not- I thought it would be disappointing. It never occurred to me that I could ask for time off, that wasn't the experience of my friends.

Which for those keeping count- I largely am in the office working from 8 am to 5:30 during the week and on Saturday and Sunday afternoons. Granted, there are a variety of tasks I'm doing during that time and days when working in other places becomes necessary, but my anxiety levels rise when something throws that time off. It took an act of will to stop and have a sabbath on Good Friday and Holy Saturday (but not Easter, I had a deadline that I wanted to make).

And part of this is my own doing. I'm a slow worker and a messy writer. Nothing I write is ever a good quality unless I've revised it 4-5 times. I am not as naturally gifted at understanding and explaining my work as others are. On top of that, I am aware of the cutthroat nature of academic postings and all of the 1,000 things outside of the thesis I need to do to get a job. I take on projects. I will work myself to death unless someone over me tells me that I have to stop and take time off. I have been conditioned by the Protestant Work Ethic and the academy in the United States to believe that my worth lies in my ability to work and produce. As much as I want to not believe that, I can't stop believing it any more easily than I could stop breathing (and I realize the profound problem that I would readily tell anyone else that they are more than their project, but I don't believe that about myself).

Here's the key and fundamental difference I learned today- the belief that doctoral students must work 80 hours a week to be worthy of being a doctoral student isn't a thing in the United Kingdom. The academy here is different. Four years of university studies and master programs shape students to be able to be self-directed, and that includes knowing when they need to take a break. They are taught that work weeks vary largely between each other and that's okay. There is a point when work for work's sake isn't productive, it's detrimental.

Which is why annual leave seems so radically foreign to me- it implies an expectation that work ceases. It's not something to feel guilty about, but something that society decided was a good for its citizens.


Not that I think I'm taking annual leave any time soon. I'm headed to a conference next week and after looking at the schedule I figured out how to carve 8 hours out of the time (aside from time on the train!) to do work. I could take those hours and go sightsee in Durham, but I know myself too well and I would feel guilty.

Which is maybe one of the biggest cultural differences, that my worth is tied to my productivity, isn't as ingrained in my officemates' experiences. I wish work-life balance was more proactively approached, because it's not a hidden secret among graduate students how rampant depression and anxiety are.

I was encouraged to write this in the hopes that future students might benefit, but alas it's time to return to Adorno.

Popular posts from this blog

October 08, 2017
We are the typical American family when it comes to food habits. In that, we eat a rotation of approximately the same 5 meals: - Chicken Tacos - BBQ Chicken - Sauteed Salmon - Spaghetti - "Meatloaf" Pies Every once in a blue moon, I'll add something "fun" to the mix: - Stir Fry - Pretzel Chicken - More different fish - Roast Chicken Fun meals ceased to exist once baby boy showed up, but now that he's able to sit in a high chair AND has a bit of a schedule during the day, cooking is incrementally becoming an easier task. Last night I found a slow cooker magazine (yay Better Homes and Gardens!) and realized that I'm bored with the same 5-6 meals. Trying to find new permutations of said meals is also a task I don't completely enjoy. Only Tuesdays should signal a specific food (e.g. Taco Tuesdays). So here goes a novel experiment - I'm going to try and cook something "new" once a week. Full disclosure - I'm a big fan of
Post a Comment
Read more

May 29, 2018
I was anxiously awaiting the email that arrived. The day before, via facebook, a notification had been posted to fill out a form, hit submit, and cross your fingers to receive an advanced copy of Rachel Held Evans' new book,  Inspired: Slaying Giants, Walking on Water, and Loving the Bible Again, and being a part of the book launch team. The email arrived, as did the golden ticket (aka the PDF of the advanced copy). To put this in perspective, I have been an RHE fangirl since 2012 when I first read A Year of Biblical Womanhood.  I was just out of seminary, recently married, and trying to figure out life. The humor in her writing amidst her earnest questions about what the Bible calls women to be versus what a conservative, evangelical society told women. I loved it. On top of that, my church had RHE come in 2014 and I was able to meet her (and be her chauffeur) and she was just as gracious and funny as her voice in her writing posited her to be. I never had the same affi
Post a Comment
Read more

Spotify will be in my Acknowledgments- A Best Of 2015

December 21, 2015
When I was 8 or 9 years old I received a boombox, in all its mid 90's glory. My first CDs were Billy Joel (I loved "Only the Good Die Young"), Mariah Carey, Amy Grant, and Ace of Base's  The Bridge.  Before that purchase I had a Sony Walkman and a cassette player. This was followed by many Discmans and various iterations of iPods. As a Christmas gift one year I asked for a car stereo that was compatible with my iPod. Which is all to say that I can't remember a point in my life when music wasn't intrinsically part of it. More often than not you'll see me with my headphones in. I run to music, I work to music, I meander in the rain to music. Spotify will be acknowledged in my thesis, somewhere before Jack, but near the end. So when my colleagues in the TheoLab issued an invitation to anyone capable of reading Kevin Hardagen's blog to compile a "Best of" music for 2016, I decided it would be a good exercise in looking at the past y
Post a Comment
Read more

Claire
Quick Facts: - I'm married to a Jack and mom to a Jack - I'm a cat mom to Billy - I am studying for my PhD in Political Theology through the University of Aberdeen in Scotland - I have an unhealthy love of bad reality tv - I run for relaxation